TOUR Update 1/6/21:  Due to Covid positives in the band, next week's shows in MN, MI & OH unfortunately have been cancelled.   The band is all fully vaxxed and faring well, but greatly regret the need to change these plans -- and any inconvenience to ticket holders!  (Expect a communication from the venues regarding refunds).  We hope to reschedule these dates soon!   ...All other upcoming dates still "on".  (See TOUR page for details).

In the meantime, you can still SEE and HEAR The Sweet Remains right in the comfort of your home.   If you haven't yet seen the new award-winning film "The Independents" by and about the band, its available to stream NOW most everywhere you get your On-Demand flicks...  Details at:

The Sweet Remains in an award-winning new FILM!!

Inspired by Rich, Greg & Brian's real-life experiences together as a band, "The Independents" tells the story of 3 solo-artists who meet at a crossroads and discover harmony...  Made over several years in between the bands tours and other releases, The Independents debuted at the Santa Barbara Int'l Film Festival where The Hollywood Reporter hailed it "An extremely engaging film.  An unconventional and sharply written script which subverts all the cliches of the star-is-born story.” (More early press here)  It then won the jury prize for BEST FEATURE FILM at the Omaha Film Festival -- and has gone on to win audiences and plaudits at top festivals all over the U.S. and since March 2021 is now available most everywhere you get your on-demand movies.  100% fresh rating at Rotten Tomatoes!

CHECK out the latest album -- "MUSIC FILLS THE SPACES" -- and more on Store page... 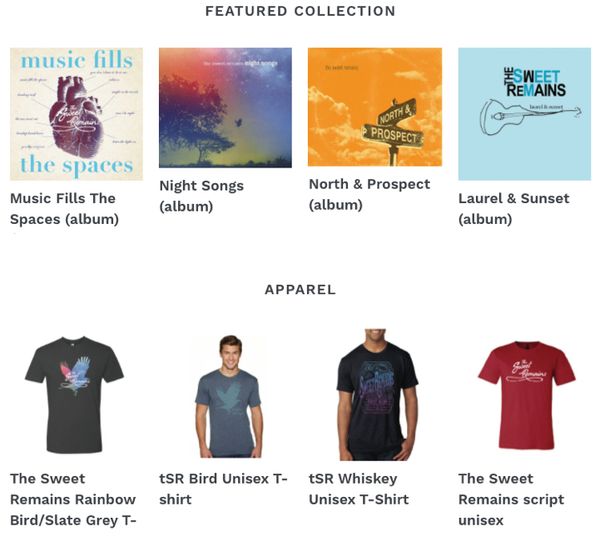